Executive Orderas recorded in the Federal Register. Executive Orders are directives issued by the President of the United States. The intent of this type of order, which has been in place since the first presidency of George Washington is usually to dictate specific action by officials or agencies working with the President on a specific issue.

In more extreme cases of national emergency or threat to national security, an Executive Order can be used to impact upon specific members of groups within the general population. One famous case of this type of use of the directive occurred during the course of World War II —when President Franklin Roosevelt issued an Executive Order to intern American citizens of Japanese ancestry. With the world’s increasing reliance on technology in all aspects of daily life, the threat posed by terrorists to use technology to interrupt the flow of information around the globe has grown more serious.

There are few aspects of life in Western societies that are not directly connected to the information superhighway, as this flow of information around the globe has become known. The three tenets that help populations operate safely; free traffic of business and commerce, a strong government, and a national defense, could all be potentially crippled if the technological infrastructure supporting those institutions was compromised.

In the wake of the attacks of September 11,the United States government began to reassess all aspects of its national security including the potential threat to the nation’s informational infrastructure posed by cyberterrorism.

Attacks launched over communications wires and computer networks can become manifest in numerous forms and with a large array of possible outcomes. Most commonly, information terrorists aim to introduce viruses into computer systems enabling them either to steal critical information or to destabilize public systems.

Cyber virus attacks can range from relatively harmless, in terms of human cost—such as those involving informational or commercial Internet sites being compromised—to attacks that could result in a large degree of human casualties.

Such attacks include a cyber terrorist being able to shut down an electrical grid for an extended period of time, infiltrate national defense systems, or even destabilize nuclear power plants. In addition to the countless benefits that information technology has offered, it has presented terrorists with the ability to wage their battles a world away from the site they plan to attack.

A further danger involves the ease with which terrorists can communicate with one another without being detected. 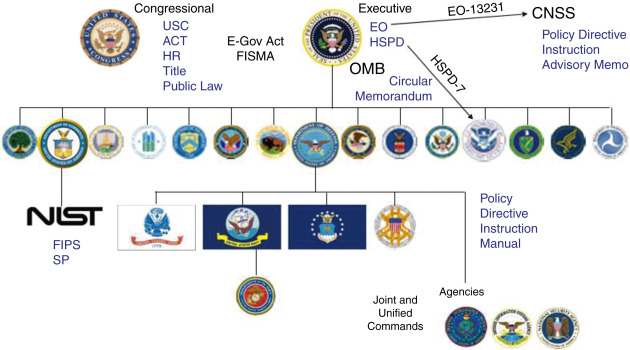 Responding to this new reality required a coordinated response 132331 the government and on October 16,President Bush issued Executive Order to protect the United States in the modern age of communications and technological reliance.

By the authority vested in me as President by the Constitution and wo laws of the United States of America, and in order to ensure protection of information systems for critical infrastructure, including emergency preparedness communications, and the physical assets that support such systems, in 113231 information age, it is hereby ordered as follows:. Those three functions now depend on an interdependent network of critical information infrastructures.

The protection program authorized by this order shall consist of continuous efforts to secure information systems for critical infrastructure, including emergency preparedness communications, and the physical assets that support such systems.

The implementation of this policy shall include a voluntary public-private partnership, involving corporate and nongovernmental organizations. To achieve this policy, there shall be a senior executive branch board to coordinate and have cognizance of Federal efforts and programs 1323 relate to protection of information systems and involve:. The Secretary of Defense and the Director of Central Intelligence DCI shall have responsibility to oversee, develop, and ensure implementation of policies, principles, standards, and guidelines for the security of information systems that support the operations under their respective control.

In consultation with the Assistant to the President for National Security Affairs and the affected departments and agencies, the Secretary of Defense and oe DCI shall develop policies, principles, standards, and guidelines for the security of national security information systems that support the operations of other executive branch departments and agencies with national security information.

The heads of executive branch departments and agencies are responsible and accountable for providing and maintaining adequate levels of security for information systems, including emergency preparedness communications systems, for programs under their control. Heads of such departments and agencies shall ensure the development and, within available appropriations, funding of programs that adequately address these mission areas. Cost-effective security shall be built into and made an integral part of government information systems, especially those critical systems that support the national security and other essential government programs.

Additionally, security should enable, and not unnecessarily impede, department and agency business operations. Consistent with the responsibilities noted in section 4 of this order, the Board shall recommend policies and coordinate programs for protecting information systems for critical infrastructure, including emergency preparedness communications, and the physical assets that support such systems.

Among its activities to implement these responsibilities, the Board shall:. In consultation with affected executive branch departments and agencies, coordinate outreach to and consultation with the private sector, including corporations that own, operate, develop, and equip information, telecommunications, transportation, energy, water, health care, and financial services, on protection of information systems for critical infrastructure, including emergency preparedness communications, and the physical assets that support such systems; and coordinate outreach to State and local governments, as well as communities and representatives from academia and other relevant elements of society Work with industry, State and local governments, and nongovernmental organizations to ensure that systems are created and well managed to share threat warning, analysis, and recovery information among government network operation centers, information sharing and analysis centers established on a voluntary basis by industry, and other related operations centers.

Coordinate programs and policies for responding to information systems security incidents that threaten information systems for critical infrastructure, including emergency preparedness communications, and the physical assets that support such systems.

Coordinate with the Director of the Office of Science and Technology Policy OSTP on a program of Federal Government research and development for protection of information systems for critical infrastructure, including emergency preparedness communications, and the physical assets that support such systems, and ensure coordination of government activities in this field with corporations, universities, Federally funded research centers, and national laboratories.

In this function, the Board shall work in coordination with the National Science Foundationthe Defense Advanced Research Projects Agencyand with other departments and agencies, as appropriate. Promote programs against cyber crime and assist Federal law enforcement agencies in gaining necessary cooperation from executive branch departments and agencies.

Support Federal law enforcement agencies’ investigation of illegal activities involving information systems for critical infrastructure, including emergency preparedness communications, and the physical assets that support such systems, and support coordination by these agencies with other departments and agencies with responsibilities to defend the Nation’s security, the Board shall work in coordination with the Department of Justice, through the NIPC, and the Department of the Treasury, through the Secret Service, and with other departments and agencies, as appropriate.

Support the Department of State’s coordination of United States Government programs for international cooperation covering international information infrastructure protection issues. Carry out those functions relating to protection of and recovery from attacks against information systems for critical infrastructure, including emergency preparedness communications, that were assigned to the Office of Homeland Security by Executive Order of October 8, The Assistant to the President for Homeland Security, in coordination with the Assistant to the President for National Security Affairs, shall be responsible for defining the responsibilities of the Board in coordinating efforts to protect physical assets that support information systems.

While this order by no means introduced the notion of the vulnerability of the nation’s infrastructure in light of its reliance on technology, it used the attacks as a reason to strengthen defenses already in place. In presenting this order, the government recognizes that terrorists are committed to discovering new ways of attacking their enemies, and recognizes that terrorist organizations have dedicated themselves towards enhancing their ability to bring down the information infrastructure of the United States.

The information age has made it extremely difficult, or even impossible, to create any physical barriers between the government and the outside world. Whereas in the past, secret documents were locked behind sealed and guarded doors, the nature of today’s reliance on technology means that with enough motivation and the proper knowledge, criminals and terrorists can sometimes gain access to information at the highest levels of government and the defense community.

The primary action taken in light of this order was the creation of the President’s Critical Infrastructure Protection Board, whose job it is to offer the recommendations for policies to protect the nation’s critical systems from attack, and to provide an emergency plan for responding to such an attack.

Cite this article Pick a style below, and copy the text for your bibliography. Retrieved December 31, from Encyclopedia. Then, copy and paste the text into your bibliography or works cited list. Because each style has its own formatting nuances that evolve over time and not all information is available for every reference entry or article, Encyclopedia.